Home » Computer » What does Respiration do in Minecraft?
Computer

What does Respiration do in Minecraft?

Minecraft has become a huge phenomenon over the years. Millions of players around the globe enjoy building their own worlds using blocks and other items. If you want to get into Minecraft, you’ll need to know some basic terms and concepts like mining and building. However, once you’ve got the hang of these basic mechanics of the game, you’ll likely start to get interested in some of the more advanced parts of the game. One such aspect is enchanting. Enchantments are magical upgrades you can give to your tools, weapons, and armor. Each enchantment has its own unique properties that will upgrade an item in a certain way.

Respiration is a helmet enchantment that allows you to breathe underwater. It’s one of the most useful enchantments for underwater exploration because it lets you stay under the water for much longer than normal. In this article, we’ll be taking a closer look at how Respiration works and how you can apply it to your game!

How does Respiration work?

The first thing to note about the Respiration enchantment is that it can only be applied to helmets (without the use of commands). Canonically, this kind of makes sense since the helmet covers a player’s head. Therefore, you could easily imagine some kind of magical bubble forming around your head while you’re swimming around underwater!

Like with many other enchantments, Respiration comes with a series of levels that determine how effective it is in the game. For Respiration specifically, these enchantment levels range from I-III, with ‘I’ being the lowest level and ‘III’ being the highest, meaning you can stay underwater for longer with Respiration III.

How long can you breathe underwater with Respiration in Minecraft?

Interestingly, wearing a turtle shell along with a respiration helmet can increase this duration by a further ten seconds.

It is possible to use a game command to increase the respiration level of a helmet to pretty much any number. This means you could theoretically cheat your way to having unlimited underwater breathing abilities. Don’t worry, we won’t tell anyone if you want to try it out!

Getting respiration on a helmet is something most Minecraft players try to get for their ‘end-game’ armor set. There are a few different ways you can get a hold of one:

You may be lucky enough to find a helmet with the enchantment already attached, in which case, you don’t have to do anything else!

You can find these in loot chests spread throughout your world (for example, in Shipwrecks) but you’re most likely to find them in End City chests. 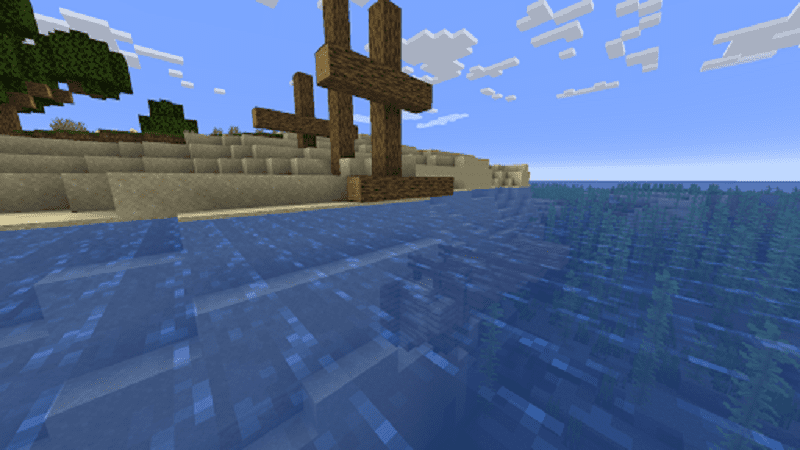 Of course, that method relies entirely on luck, so you might want a more sure-fire way to get Respiration on a helmet you’ve crafted yourself.

Take a look at this Minecraft wiki page if you want a full list of Minecraft loot chests than can obtain an Enchanted Helmet. 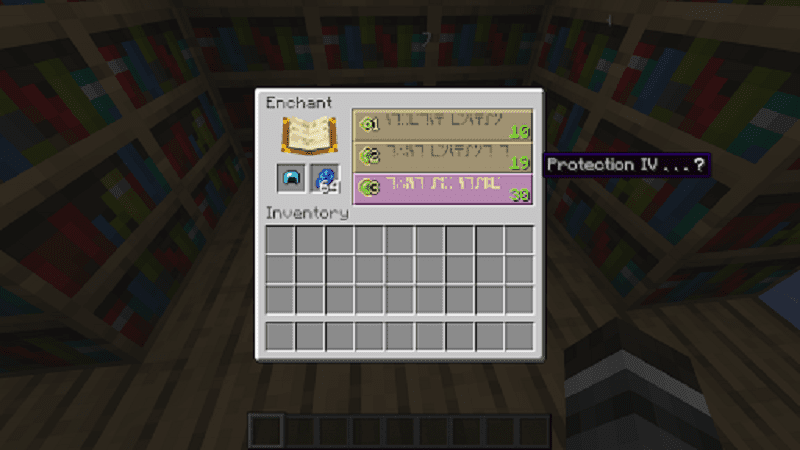 You simply need to craft it using a book, some obsidian, and a couple of diamonds. Then, to get the best enchantments out of it, you should surround the table with bookshelves when you place it in your world.

Then, place your crafted helmet into the table, along with some lapis lazuli, and upgrade it at the expense of some experience levels.

The only issue with this method is that you won’t necessarily know exactly which enchantments you’ll be getting.

Another method is to use an Anvil to get the Respiration enchantment on your Helmet.

You’ll need to acquire a Respiration Enchanted Book first, which you can get either from a loot chest, fishing, by trading with a librarian villager, or by placing a book on an Enchanting Table.

Once you have the Enchanted Book, simply place your Helmet into the Anvil into the first slot with the Respiration Enchanted Book in the second slot and combine them at the expense of some experience levels. 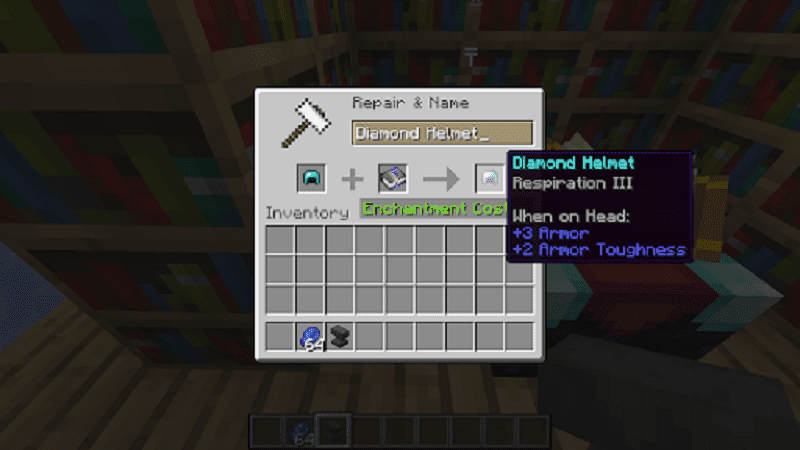 Is Respiration Or Aqua Affinity Better In Minecraft?

There’s no right answer here as both items offer unique benefits. The main difference between the two is that Aqua Affinity enchantment increases the rate at which you can mine blocks while underwater, whereas Respiration allows you to stay submerged longer.

Both enchantments allow you to be more effective when mining underwater because you can either mine more blocks more quickly per trip or spend more time mining blocks per trip.

Ultimately, neither upgrade is better or worse than the other because the answer depends on what you want to use your helmet for.

If you’re trying to mine things like clay or sand while underwater, you might be better off with Aqua Affinity. However, if you just want to be able to explore underwater for longer, or maybe even take down some sea temples, respiration will be much better for you.

Of course, the best way to get the biggest benefit from your helmet is to have both enchantments applied at the same time!

And head over to our Minecraft hub for even more news, guides, and how-tos!