Apex Legends was only released a few years ago back in 2019. Despite its newness when compared to the old guard of esports games like CS:GO and League of Legends, it’s still managed to grow a bustling community of pro players earning big bucks deluxe. Only a few months after its initial release, big esports organizations like SoloMid, FaZe, and Team Liquid began to assemble teams in order to capitalize on the growing popularity of the burgeoning Battle Royale game.

As with other esports games, there are a lot of people out there wondering about Apex Legends pro settings and gear. What peripherals are they using? what DPI? What sensitivity settings? Well, in order to find out we’ve done some homework and we’re going to list the settings and gear of some of the top-tier Apec Legends pros for you. We’ll start with arguably the best Apex Legends player, aceu.

aceu had his professional beginnings in CS:GO, so moving to Apex Legends was a natural evolution. So natural, in fact, that many CS:GO players followed suit after reaching their maximum skill ceilings. aceu did well for himself, making almost $60,000 in 2019 alone. He no longer professionally competes but has made a successful streaming career for himself instead. He primarily plays Wraith but has been known to do well as Valkyrie and Pathfinder too. 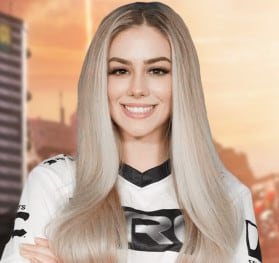 Lulu is mostly known for streaming but is not without her own impressive professional earnings. These total almost $30,000 and paved the way for her successful streaming career. She typically splits time between Twitch streaming and creating video content for YouTube. Typically she plays as Wraith when competing, but plays other characters for her various YouTube video series’ 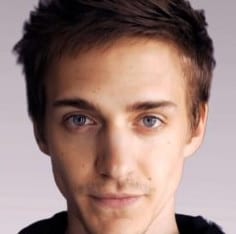 Possibly one of the most well-known (and controversial) Apex Legends players out there. Ninja initially rose to fame through competitive Halo 3, then transitioned to streaming Fortnite, PUBG, and Apex Legends. Shortly after the release of Apex Legends, he was reportedly paid US$1 million by EA in order to promote the burgeoning battle royale game on his social channels and playing it on stream.

As with many online personalities, he’s had his fair share of controversy, for examp[le, he was banned from Twitch for 48 hours after releasing the personal details of a viewer whose screen name was deemed racist. Additionally, he falsely reported a Fortnite player stream sniping, despite the fact that the player wasn’t watching Ninja’s stream at the time. This drew criticism for the perceived rashness of Ninja’s actions.

Aside form Apex Legends Pro settings and gear, we’ve also written pages related to other games. So if Apex isn’t your game of choice, check out our other pro settings guides below.

Given the newness of Apex legends and its constantly shifting meta, the Apex Legends Pro settings and gear lists are constantly changing too. This makes it difficult to nail down exactly what settings and gaming mice, keyboards, and headsets to recommend. However, as with our other Pro Settings pages, it’s important to reiterate that upgrading your gear and replicating the settings of the pros will only take you so far, time and practice will take you the rest of the way.